A Brief Summary of How My Summer Went

When summer started, I was doing math. Then, when I finished my math, we were going to do more school. But as always, Mama totally forgot that she wanted to do school through the summer, and we had a summer! So we went to Seaside Oregon, and ate ice cream and rode our bikes. Then, I won a writing contest, and got a gift card at city hall.  Then, for fourth of July, we kayaked over to our friend's grandma's house and I got to launch off fireworks. Then, we went to summer camp at Black Lake Bible Camp. Then, we went to our church family reunion at Black lake Summer Camp. Then, we went camping for Kivi's birthday. Then, we went to Seaside again. And now, we have started school. The End.
Posted by The Johnsons at 2:25 PM 1 comment:

You are not a fish

You are not a fish.

No really, you are not.

Ok, seriously, you are NOT a fish.

You do realize that you are actually saying words right now, and a fish can't do that.

Fish can't even type in all caps.

In fact, fish can't type at all.

Ok, I do not see AT ALL how you could be a fish.

One day there was a blob. The blob was yellow, and green, and red, and blue, and black, and pink. One day, the blob decided to go swimming. So it got in the water. The water was very cold. The blob got out of the water. The blob still wanted to go swimming though, so he went to a pool, and got in, but everyone at the pool was too scared of him, so he got out. Then he had an Idea. He went back to the lake, where he got into a kayak and rode out into the lake. Then the kayak tipped over, and the water was still very cold, so he decided to go to the zoo and look at giraffes instead. The End
Posted by The Johnsons at 5:36 PM 1 comment:

The Strange pie man Meets the Crazy turkey from the Past who has been Brought to the Future by a Time Machine Made out of Nine Million Sixty Thousand One Hundred and Twenty Three Peanuts, Twenty Two Toasters, and Sixty Nine Giant Socks Woven Together By an Ancient wizard Who can Harness the Powers of the Sun At Will

One day, the Strange pie man was walking down the sidewalk, (like most characters in these types of stories do), when suddenly, there was a big flash of light! The Strange pie man let out a scream. "IT'S A TIME MACHINE!!!!!!!" He yelled. But it turned out, that it wasn't actually a time machine, and it was just a big flash of light. So the Strange pie man kept walking down the sidewalk. He had been walking for about half an hour, when suddenly, there was a big flash of light! The Strange pie man let out a sigh. "Oh great, another big flash of light." he said. And he kept walking. Unfortunately, he could not continue his walk, because as soon as he started walking, he ran into a time machine. The Strange pie man let out a yelp. "IT'S A GIANT TOASTER!!!!!" he yelled. But then, out of the giant toaster, came the Strange pie man's friend, the Crazy turkey! The Strange pie man was happy to see him. "Crazy turkey!" he said, "I haven't seen you since you fired that first shot at the revolutionary war, then threw sally into the ocean! What happened to her anyway?"
"Oh, Sally got saved by a seagull after swallowing some seawater, and sinking in a submarine made of salt." said the Crazy turkey.
"Oh yeah!" said the Strange pie man. "That sounds like Sally! So how did you get here to the future?"
"Oh, I met this Ancient wizard who was having a garage sale, so I bought 9,060,123 peanuts, 22 toasters, and nine giant socks, that he had made himself, and a book." said the Crazy turkey. "I went home to read my book, and inside, it had instructions to make a time machine! And it just so happened that the time machine recipe called for exactly 9,060,123 peanuts, 22 toasters, and nine giant socks woven together by an Ancient wizard. So I put it together. Then the book said to take it to the nearest Ancient wizard you know, to make it work. So I took my time machine to the Ancient wizard, and he took out a glowing orange circle with some pictures and writing engraved into it, and put it in one of the toasters. Then he pushed down the toaster lever, and we had to wait a few minutes for it to toast. Then, it finally popped out, and the Ancient wizard left. So I got into my time machine and appeared here."
"Oh, okay!" said the Strange pie man.
So the two walked away together, still good friends. (Not that there was anything wrong with there friendship in the first place.) 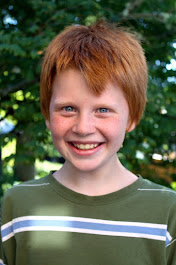 I am weird. This is my logo.